The new EU Youth Strategy of the European Commission for 2019-2027 emphasises the active role of the youth in society and the importance of their engagement and “civic, economic, social, cultural and political participation”. However, youth engagement is often overlooked and undervalued.

In this context, Animafac is coordinating the Erasmus + “European STudent Engagement Project” (European STEP), in cooperation with six European partners: the European University Foundation (EUF) in Luxembourg, the Office of Student Life of Dublin City University in Ireland, Cergy-Pontoise University in France, Valladolid University in Spain, Vienna University in Austria and the Volunteer Centre of University of Warsaw in Poland.

This project focuses on the recognition of young people’s active participation in student academic curricula. It will provide an overview of practices in the countries of the European Union (EU). In the long term, the project aims to contribute to the recognition and enhancement of student engagement in Europe, in particular as a factor in the development of key and cross-curricular skills complementary to the academic path.

In order to carry out the European STEP project, the consortium is first leading a major study. The legislative frameworks on engagement recognition in each EU country have been mapped: you can view the mapping here. A survey intended for European Higher Education Institutions (HEIs) is the second part, with an online questionnaire on their recognition measures and policies. A qualitative study including interviews with students, teaching and administrative staff was the final part of the project’s first phase (the summary of this study is available here).

In the second phase of the project, the consortium developed tools to train students, administrative and teaching staff on the matter of student engagement recognition (training kit). A digital “Engagement & Skills” platform can help students identify the skills acquired during their experience of engagement.

The final step consists of the production of a guide for HEIs and students and a booklet of recommendations presenting good practices to public local, national and European decision-makers, with the objective of promoting student engagement and its appreciation.

Throughout the project, various events were organised in the different partner countries as well as online in order to disseminate the results of the study and raise awareness on the subject. Furthermore, the European University Association (EUA), the French Conference of University Presidents (CPU), Conference of Grandes Ecoles (CGE), and the CROUS have joined the project as associated partners to boost the dissemination of its activities and results.

European STEP aims to reach the 28 countries of the EU, 300 HEIs and 150 000 engaged students from the universities of the consortium and their partners, and from the student association networks connected to the project such as the European Youth Parliament (EYP), the Erasmus Student Network (ESN) and the Young European Federalists (JEF) at a European level, and all the association of Animafac’s network in France. 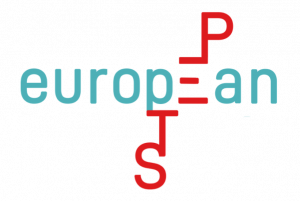